Outcome of the woom Christmas initiative: What's happening now with your donations 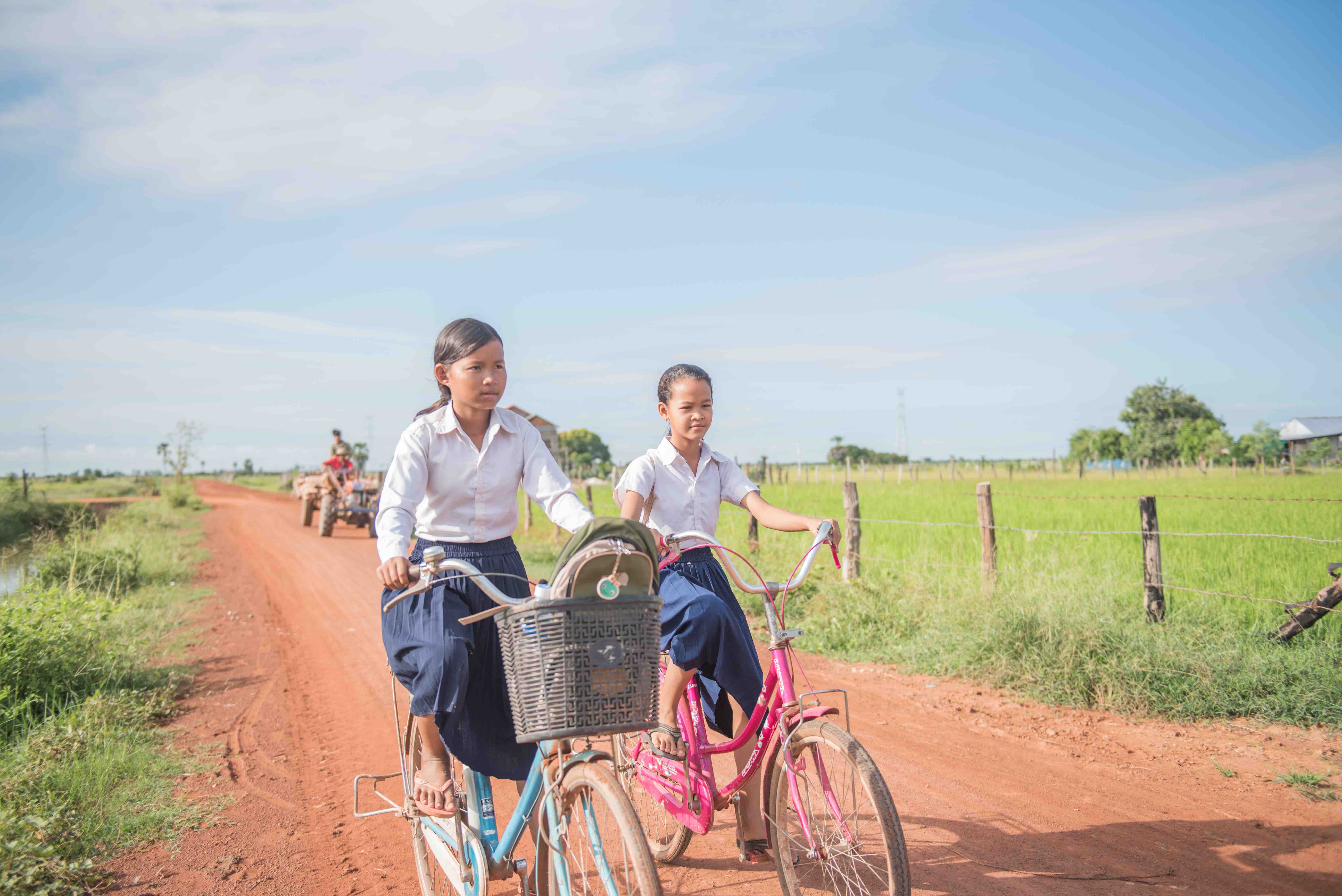 Outcome of the woom Christmas initiative: What's happening now with your donations

What's happening now with the €25,000 raised during the woom Bells for a Better Life fundraising initiative? We spoke with Thomas Gilbert, the head of the NGO Kamboo Project.

Nearly €20,000 was raised in this year's Bells for a Better Life initiative. We topped the sum up to €25,000 and handed it over this week to the Swiss NGO Kamboo Project, which provides bicycles to children in rural Cambodia to make it easier for them to get to school.

Thomas Gilbert, who heads the NGO, tells us what will happen with the money now and about some of the woom initiative's unexpected but really fortunate effects.

woom: Thomas, during the period from 1st November to 31st December, the woom community purchased 3,887 bells in our online shop, which corresponds to a donation amount of €19,435. We're happy to be able to give you €25,000. What exactly do you plan to do with this money?

Thomas Gilbert: €25,000 is about 15 per cent of the total donations we usually get in a full year. Of course, we're extremely delighted about that. We'll invest the money sustainably in bicycles, and thus in education.

Could you explain the connection between bicycles and education again?

Education is a way out of poverty in Cambodia. Particularly in rural provinces like Siem Reap where we're active, the illiteracy rate among young girls is up to 65 per cent. Many of the children there don't attend school regularly because the distances are too long and there is no public transportation. A bike costs around $50 there. Now, we're going to identify all of the pupils with limited mobility in our 52 schools, and then hand over a large number of bikes in a festive ceremony in April. Our Cambodian partners on the ground are over the moon.

How do people there live, and what do they need?

In the countryside, most have lifestyles built around farming. Most people are subsistence farmers, fishermen, or have small village shops. Due to the flooding danger they live in houses on stilts that are built at dizzying heights. They wake up with the sun and go to sleep at sunset. Education there prevents child labour and eases their material poverty.

What kind of bikes will the children get?

For us, it's important for the bikes to be easily maintained and repaired locally. That's why for the past three years we've been working with a Japanese company whose bikes are well adapted to the local conditions.

How many bikes have you donated so far, and what are your plans for the future?

Since we started our activities in 2014, we've been able to make 1,000 school children mobile. Now – maybe even through all of the press coverage of the woom initiative – we've come to the attention of the Swiss government. Next week, we'll be presenting our project to several Members of Parliament. The plan is to finance bike repair workshops in Cambodia; the funding would be provided for the next ten years. A whole generation could learn how to maintain their bikes themselves, from the tyres to finding the right tools for major repairs. And it's gone even farther than that. The bike dealerships in Davos, where we're based, have got wind of our project and now want to collect donations for us in their shops. That is a huge snowball effect.

"The bike dealerships have got wind of our project and now want to collect donations for us in their shops. That is a huge snowball effect."

Tell us a bit about how you came to Kamboo Project.

I came into contact with Cambodia as a volunteer, and I have a great deal of respect for the Buddhist-influenced culture of the country. Anyone who has ever stood before the temples nestled amongst the giant redwoods has felt the magic. It is an ancient high culture. It had irrigation systems as far back as the 12th century. The people are friendly and peaceable. We can learn a lot from them: attentive listening, consideration, practicing serenity. These qualities impress me every time I'm there.

What are you most proud of?

Since 2014, we have created 100 teaching positions and 4,600 schoolchildren now have toilets. Primary-school attendance has increased from 60 per cent to 76 per cent. But the schools have to raise a quarter of the funds themselves, which teaches them how to build networks. We have four local Cambodian employees, young people who have pulled themselves up out of poverty. They are living examples for others that it can be done. So, we have a Cambodian face.

Where would you like to see Kamboo Project go in the future?

We want to guide Cambodians more and more toward forming networks and achieving self-reliance. All of our Swiss employees work on a voluntary basis.  My hope is that someday we can hand this project over to the Cambodian men and women and that they will be able to run it themselves.

"We want to guide Cambodians more and more toward forming networks and achieving self-reliance."